Front-end vs. back-end vs. full-stack web development company in Lahore Web development isn’t just a thing. It encompasses multiple skills and there are different types of careers in a web development company in Lahore. Three commonly used terms are “front-end”, “back-end” and “full-stack”, the main differences between the three.

Front-end Development While components are constantly changing, they are essentially the external part of a website or web application. At its core, front-end development includes HTML, CSS, and JavaScript. 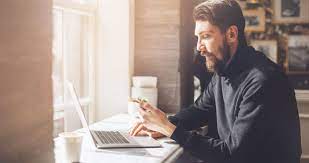 The front end is associated with layout and design principles, but front end developers are not necessarily designers. Basically, front-end developers build the look and feel – the web pages that users see. This means that the front-end developer must consider the readability and ease of use of the site and / or application. In addition, the front-end runs on the client – that is, the user’s local computer – in most cases on the web browser. And information is not stored on the client side.

The backend enables the frontend experience.

To make things simple, think of the front end as part of the iceberg over the water. It is what the user sees – the elegant looking spot. The far end is the rest of the ice; it cannot be seen by the end user, but it is the most basic element of a web application. The backend is executed on the server or, as it is often called, “server-side”.

In contrast to front-end development which mainly uses HTML, CSS, and JavaScript, a back-end web development company in Lahore can be based on a number of languages ​​and frameworks.

Some popular languages used on the back end include:

In order for large websites and web applications to work, it is more than a back-end language and framework. All information on a website or application needs to be stored somewhere.

This is where databases come into play. Back-end developers take care of that too.

In addition to knowing a back-end language / framework and running databases, back-end developers must also have knowledge of server architecture.

When you set up a server properly, a site can run quickly, not crash, or pass errors to users. This falls under the domain of the back-end developer as most errors occur on the back-end, not the front-end.

Full stack is the combination of front-end and back-end. A full-stack developer is an all-rounder. He is responsible for all stages of development, from setting up the server to design-related CSS.

There is so much in web development these days that it is almost impossible to handle both sides. While many people can claim to be or actually are a full stack, they usually still focus more on one side: the client or the server.

Smaller companies / startups are more likely to have a single person responsible for all sides of the web development spectrum. In larger companies, however, the employees work in teams and have special roles – one focuses exclusively on the server architecture, another or a few people on the front end, etc.

Web development has many faces and is evolving day by day. There is a lot to learn, but don’t feel compelled to learn everything at once. Remember that in work environments you are usually on a team with others; focus on improving your skills in one aspect of web development. Don’t let yourself be overwhelmed and you will become a pro before you know it.